Last year was super busy and because of that I never got around to blogging any of my personal adventures. Amid all of my summer weddings, I managed to sneak in a mid-week hike up to the summit of Mount St. Helens with my friends James and Robert, who were gracious enough to invite me along and give me one of their permits, which can be difficult to come by.

This was actually the second time that I’ve climbed Mount St. Helens. The first time, I went with my family and was probably only about ten years old, however, I never made it to the summit because I had plantar fasciitis from playing baseball. My only memory of the hike was sitting and waiting next to a boulder surrounded by white sand with my mom while the rest of my family continue up to the crater. (Of course, that white sand was actually ash, but, hey, I was only ten.) All I knew of the summit was left to my imagination fueled by the description of my dad’s reaction upon reaching the top. Apparently he fell to his knees in awe and terror of witnessing the vast crater.

This time around, I met up with Robert and James in the early morning hours so that we could witness sunrise during our ascent. The hike overall was a whole lot more difficult and uneven than I remembered. Navigating the boulder fields definitely took a toll on my legs, as you had to be especially careful not to cut yourself on the sharp volcanic rock. The blowing ash that caked our hair was also brutal. We eventually had to tie bandanas and wear sunglasses to prevent the ash from irritating our noses and eyes.

Once we reached the summit, I had that strange disorienting feel of when you see something so massive that it’s disorienting for a few seconds. When I first looked down into the crater, I wasn’t even sure exactly what I was looking at. My brain was having trouble computing the scenery. It also just so happened that the nearby forest fires left a gray haze hanging over everything, which made it difficult to see the landscape beyond the blown out side of the crater. We spent a solid hour or so just sitting at the edge of the crater taking it all in and walking along the rim taking photos as the wind whipped ash around us and loosened rocks from the ash on the crater walls, creating landslides that echoed to our ears like thunder.

Once we had our fill of the beautiful view, we made our way down and before driving home we stopped at the nearby Ape Caves for a little cool down adventure. Even though this post is mostly about the hike, I included the one image I took in the caves because I was particularly proud of myself for lighting it with two iPhone flashlights, one to light up Robert and a second to partially illuminate some of the cave walls behind him. All in all, it was a pretty great day, and I’m looking forward to ticking off more mountain summits in the future. 🙂 — KC 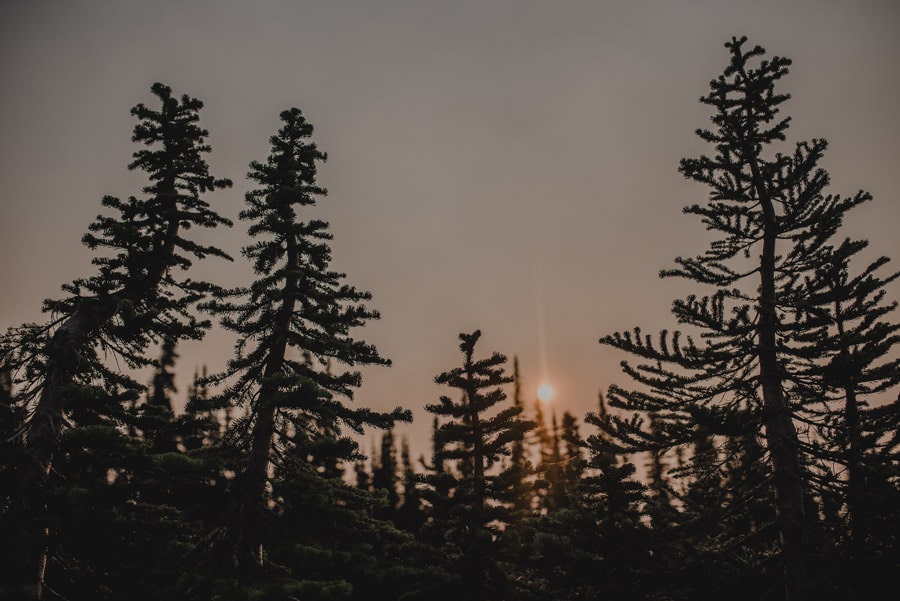 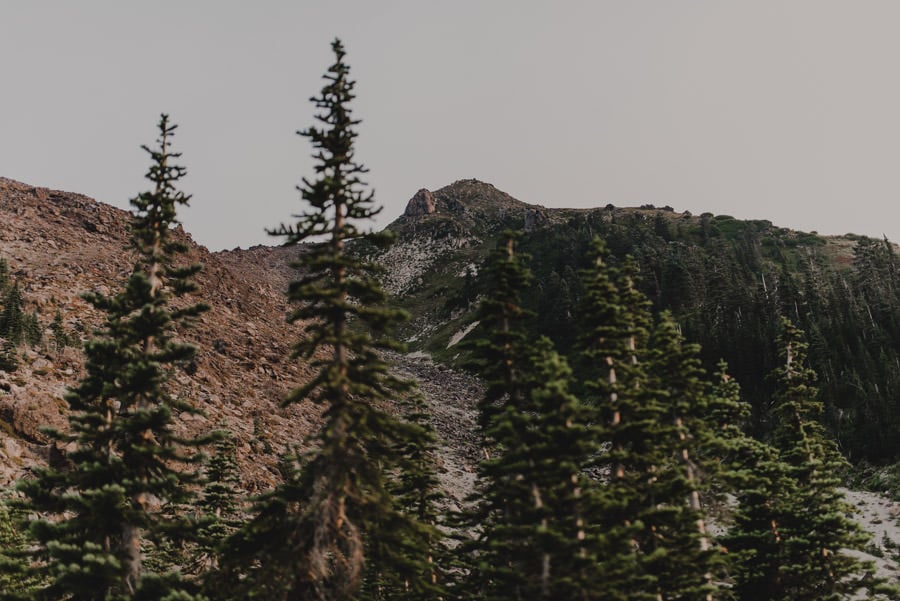 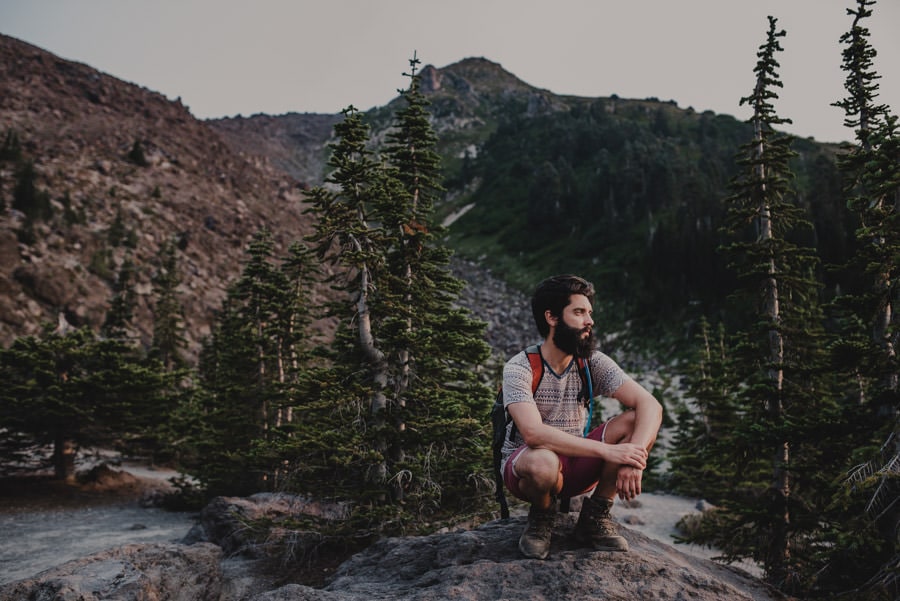 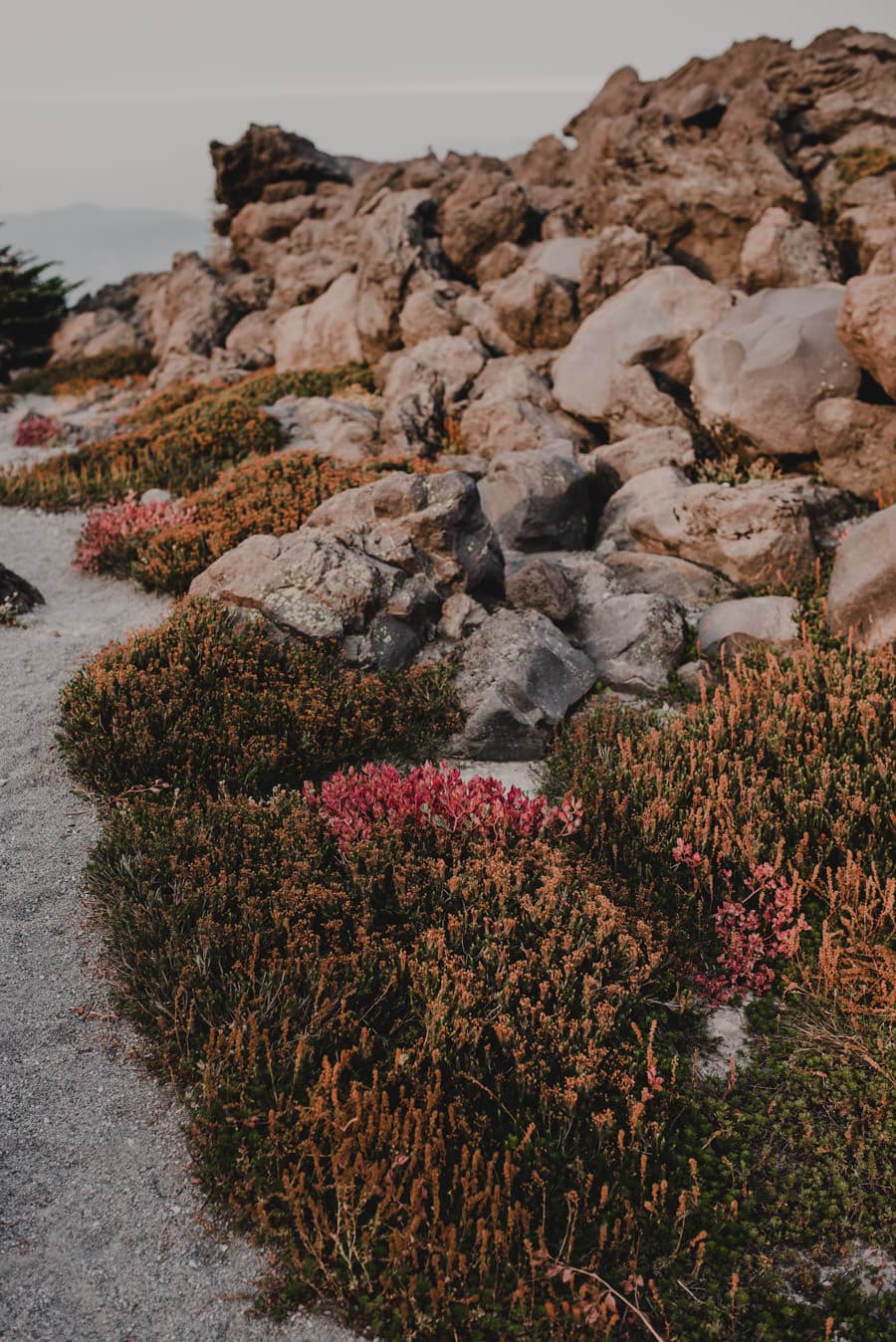 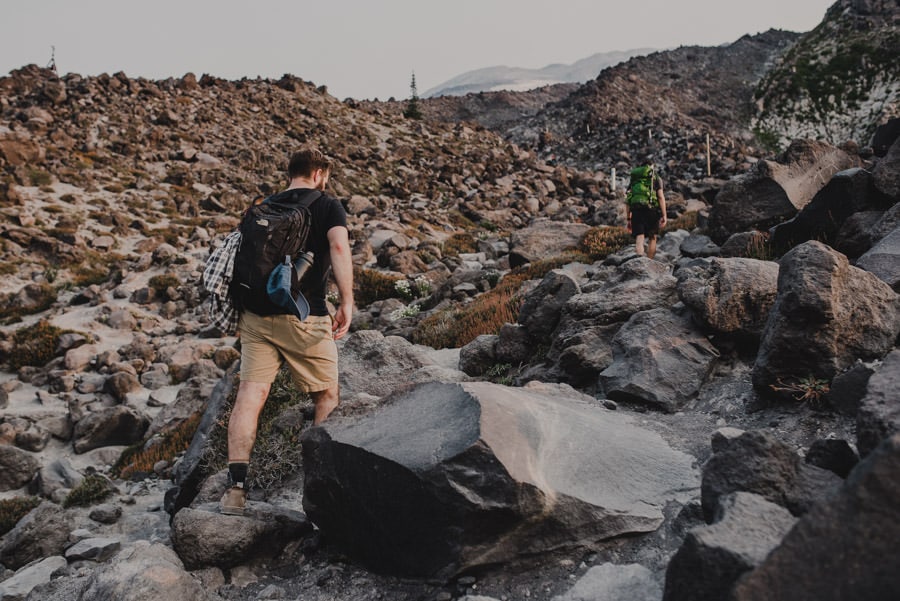 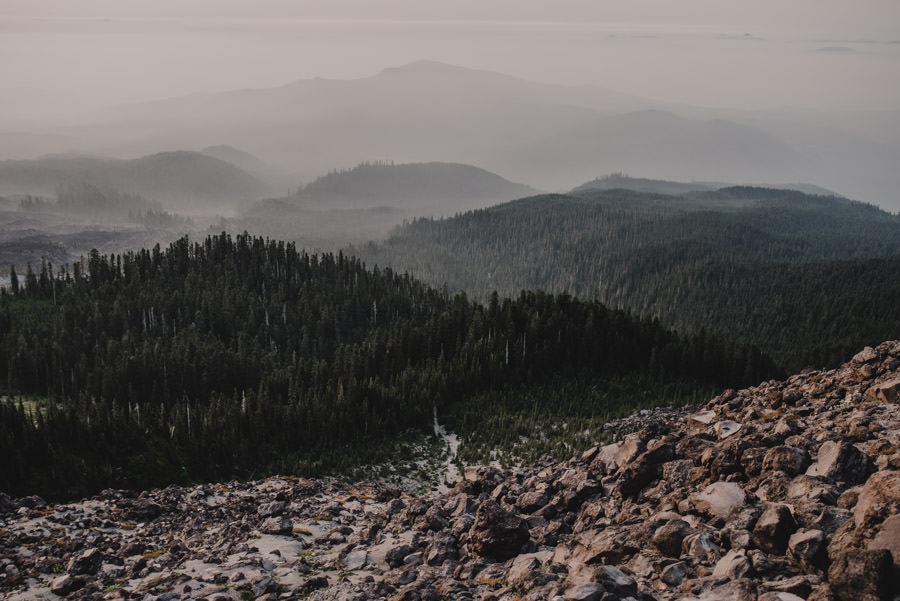 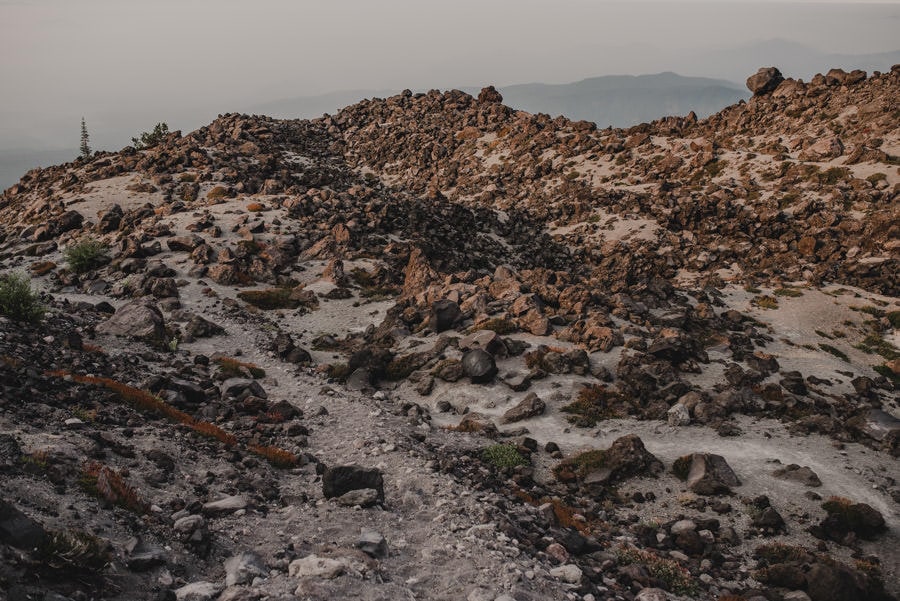 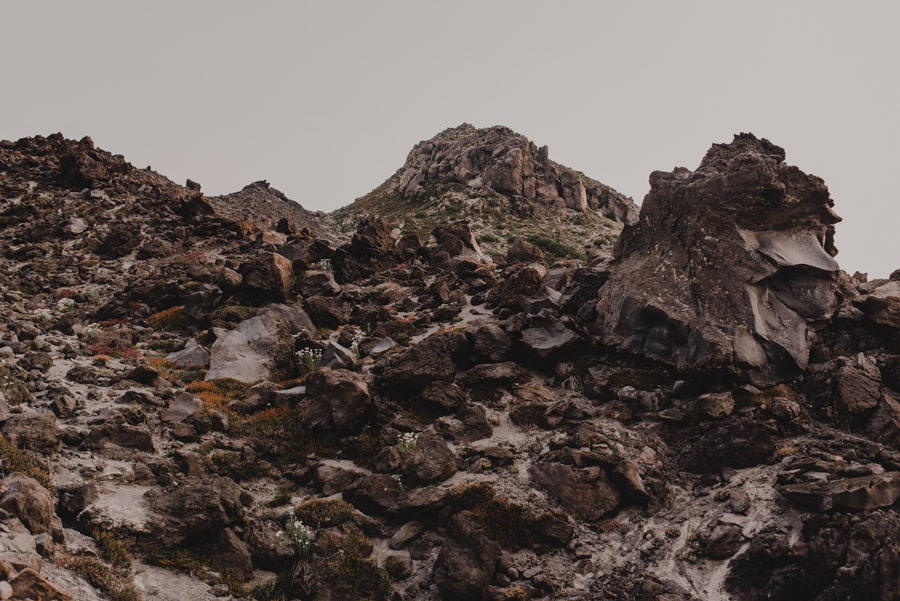 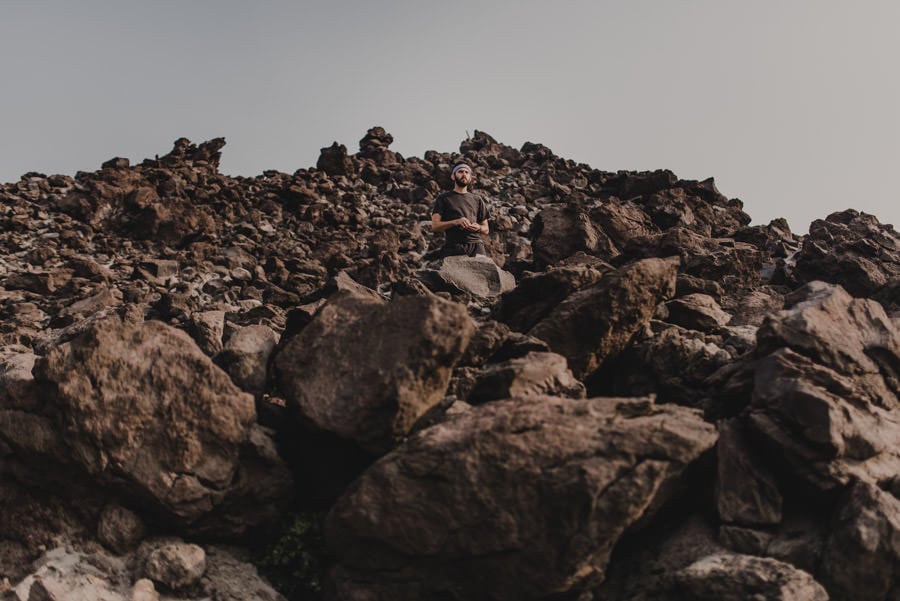 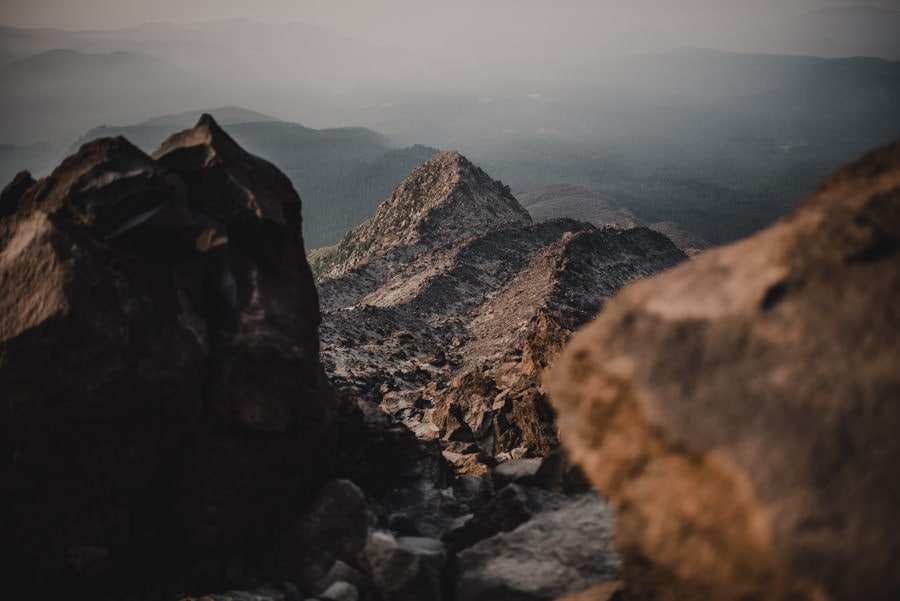 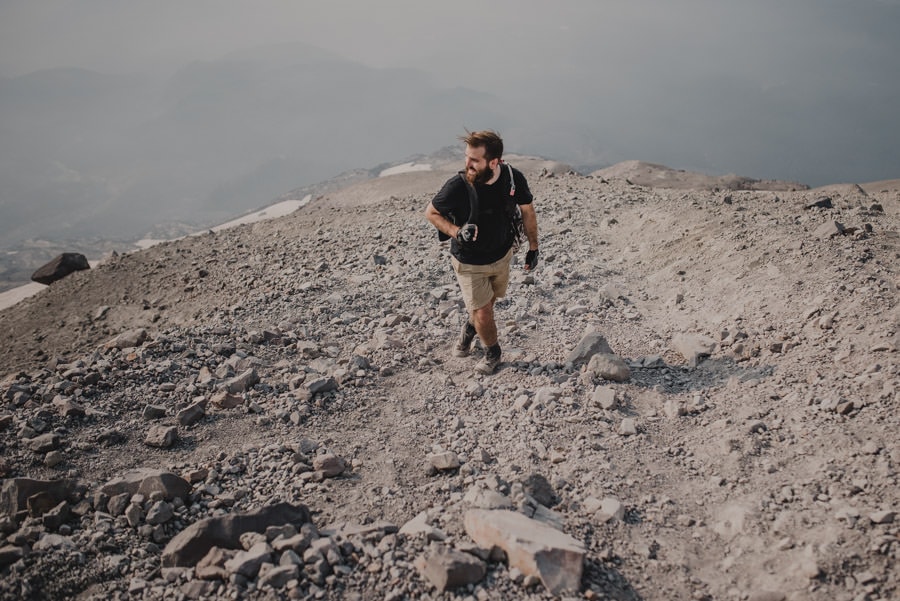 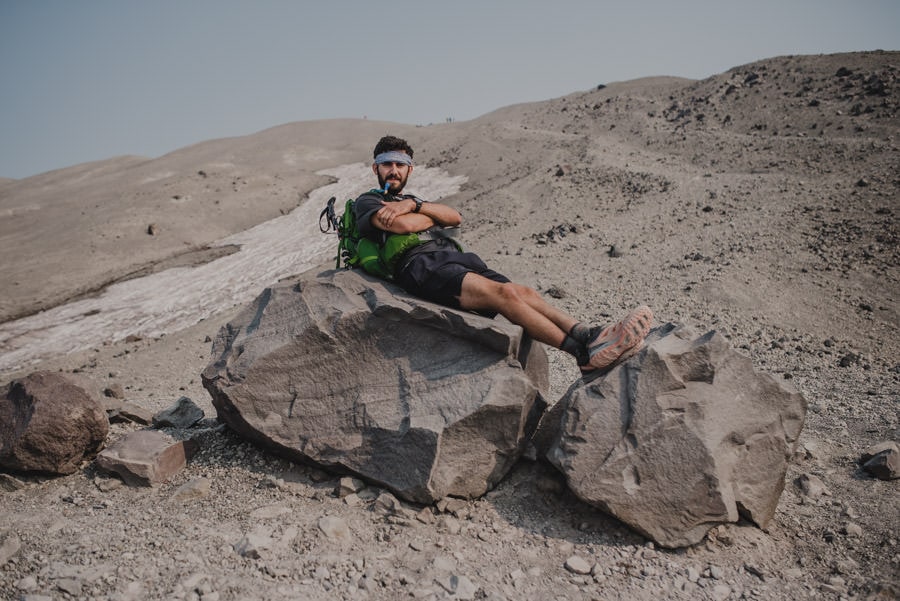 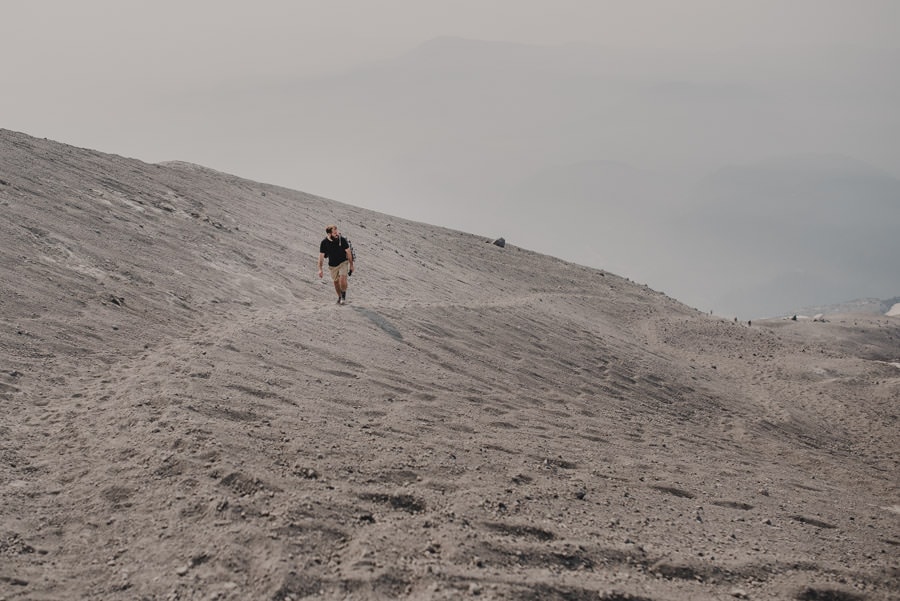 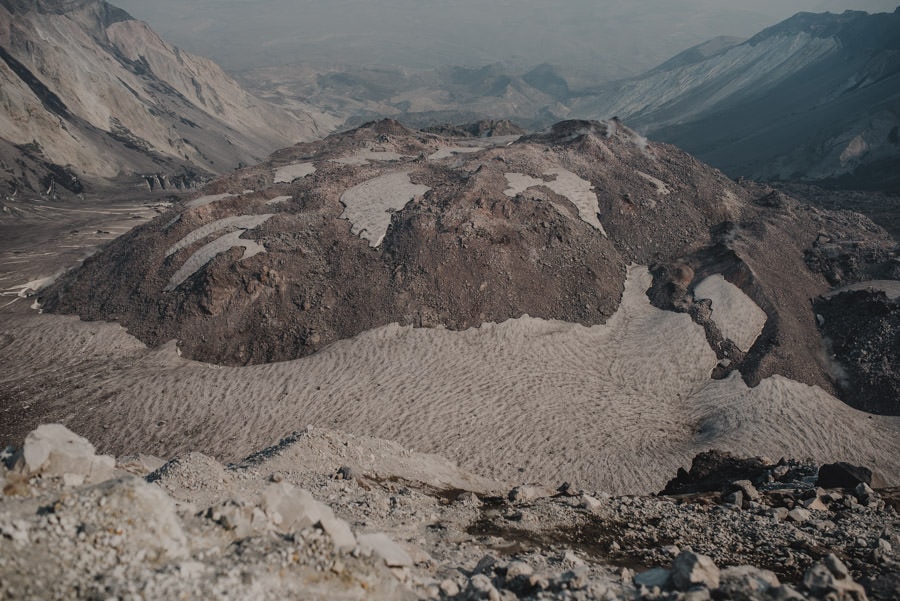 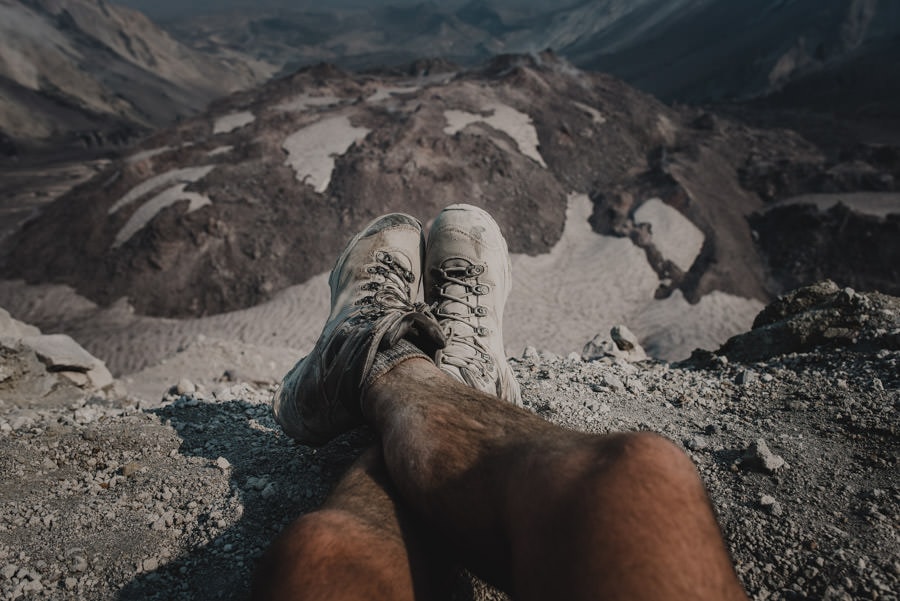 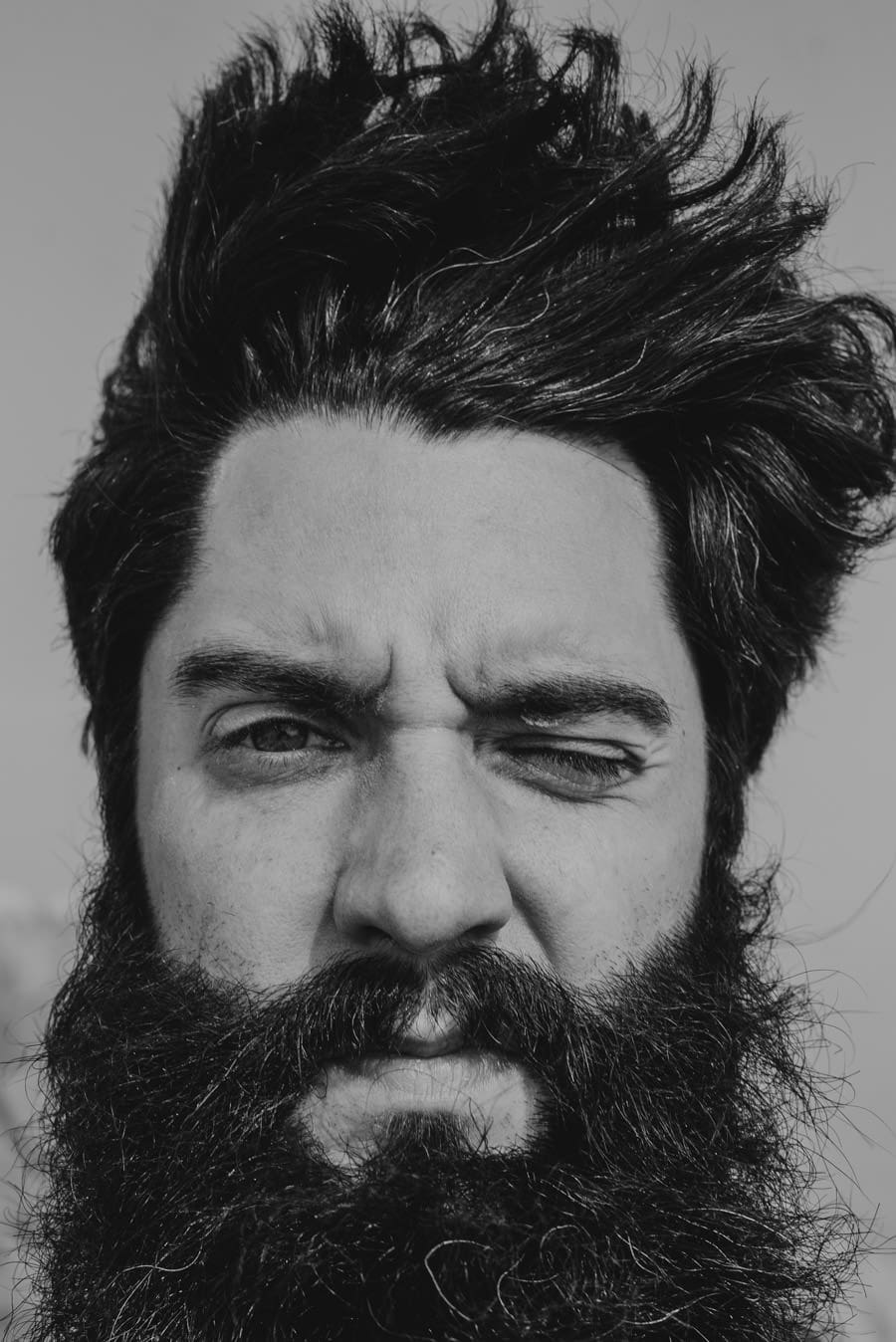 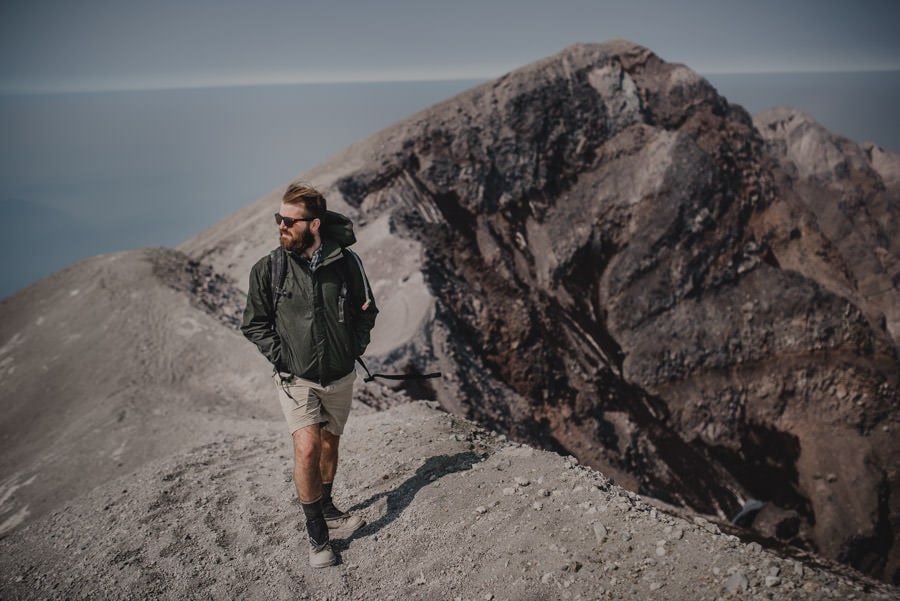 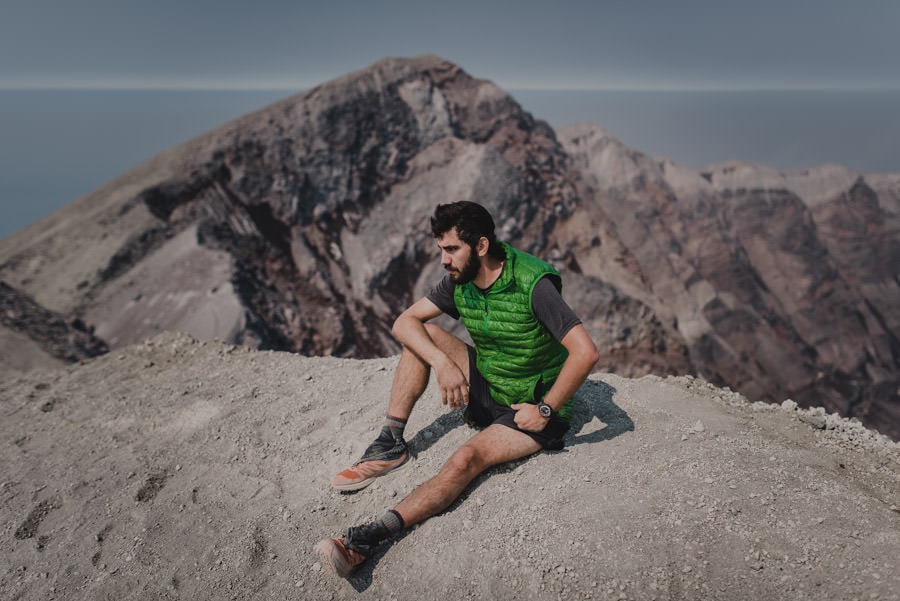 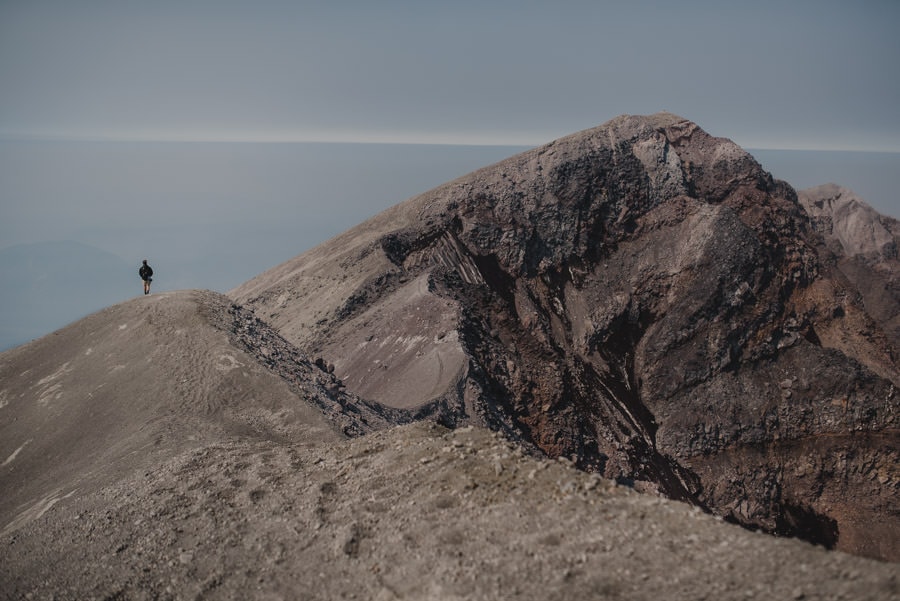 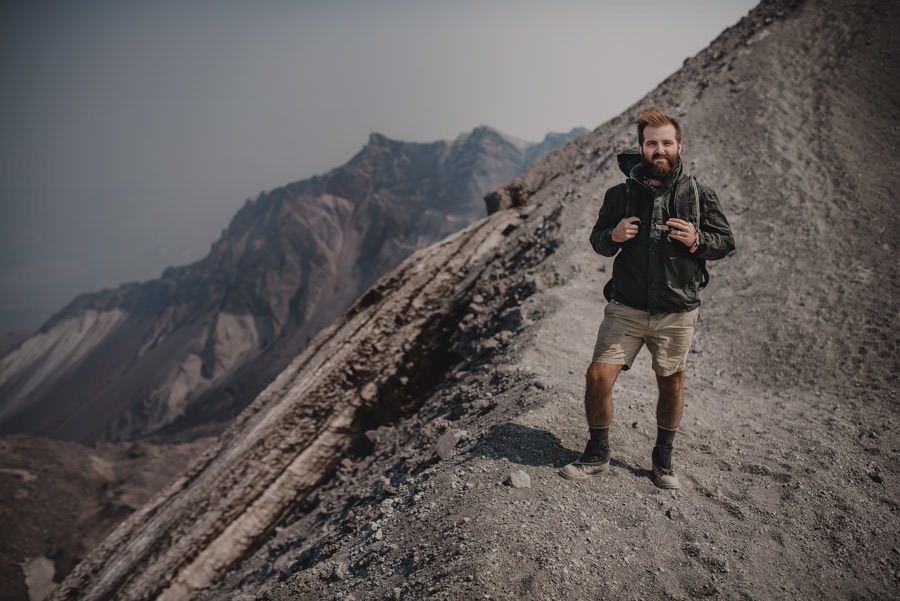 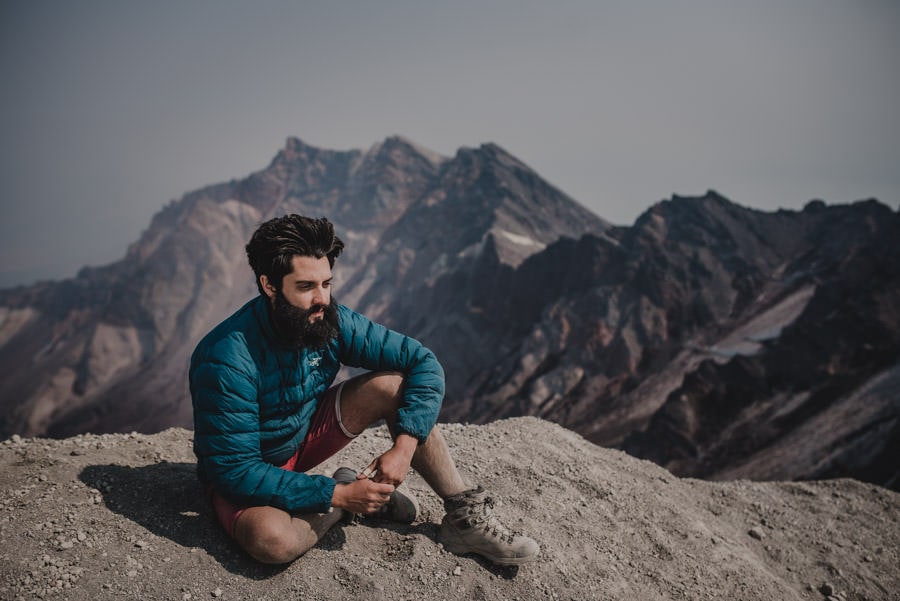 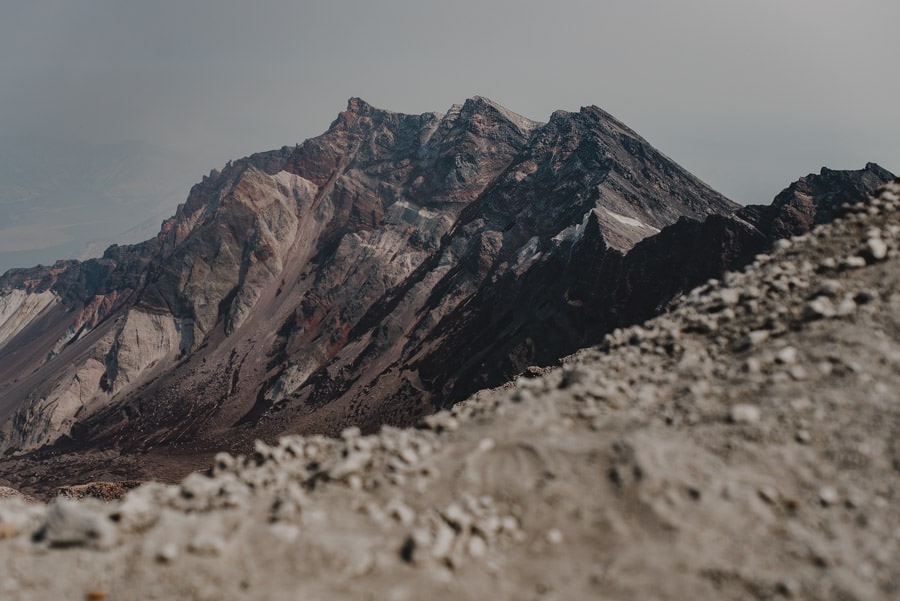 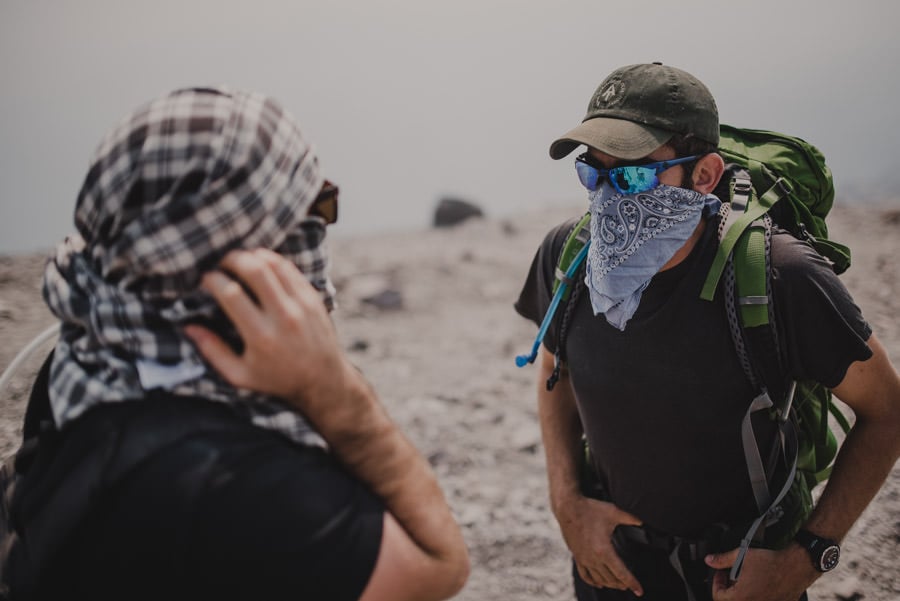 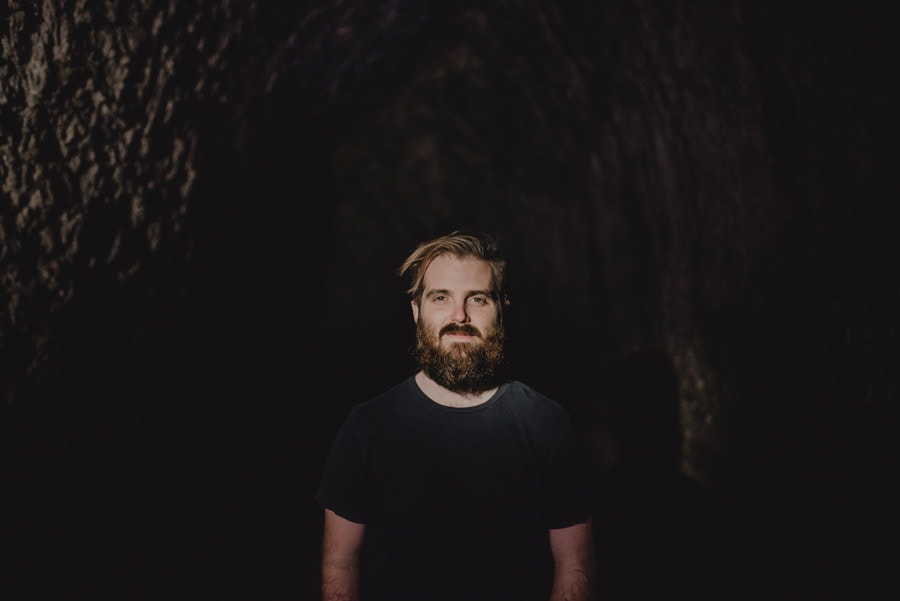