Hannah and Graham chose Cape Horn and Beacon Rock for their engagement session locations. Cape Horn was one of the first hikes they went on together. Graham took Hannah there on their third date. Nice move! The views at Cape Horn are gorgeous. Beacon Rock is close so it seemed like a cool second location. When I arrived at Beacon Rock to scout before the session began, the wind was so strong that it slammed my car door on me, and it froze my hands to the bone. The weather report lied!

My hands become so numb that I started scrounging around in my car for some gloves and only came up with one from a Stay Puffed Marshmallow Man costume that I had worn earlier in the year for Halloween. Suffice it to say that the one thin, white glove looked out of place with the rest of my mountain man ensemble. I felt that an explanation was in order when Hannah and Graham arrived and thankfully they laughed it off. From there, their engagement session got off to a great start. With the winter chill, we were lucky enough to get some lightly snow dusted Columbia Gorge peaks as a backdrop, so despite kind of looking like a fool wearing one white glove it all worked out for the best!

After finishing up at Beacon Rock we drove over to photograph the Cape Horn portion of their engagement session. To reach the Cape Horn Lookout you have to ascend a decent amount of elevation, and the windchill was even more intense up there. For that reason, we mostly stayed farther up the trail where we stumbled on a dreamy tree grove with scattered leaves carpeting the forest floor.  🙂 — KC 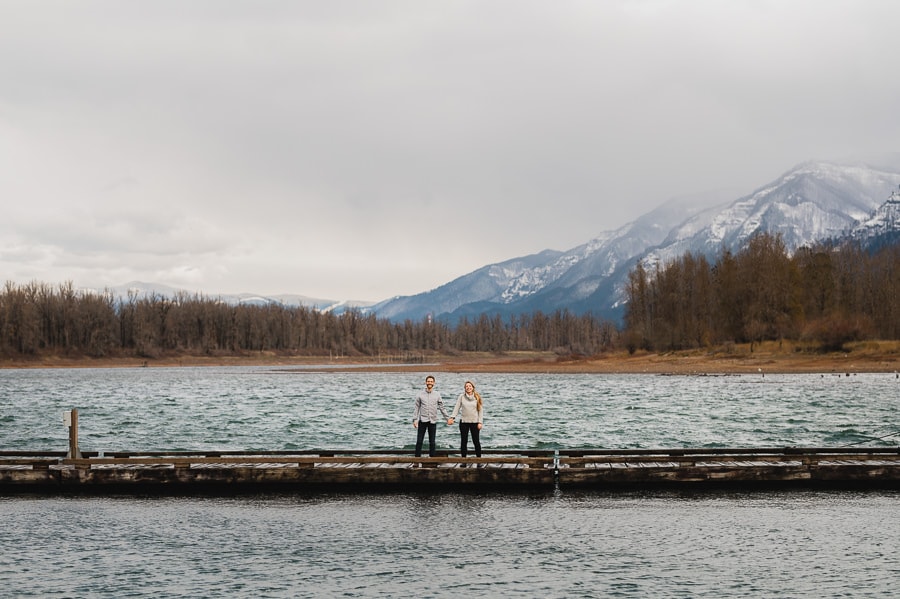 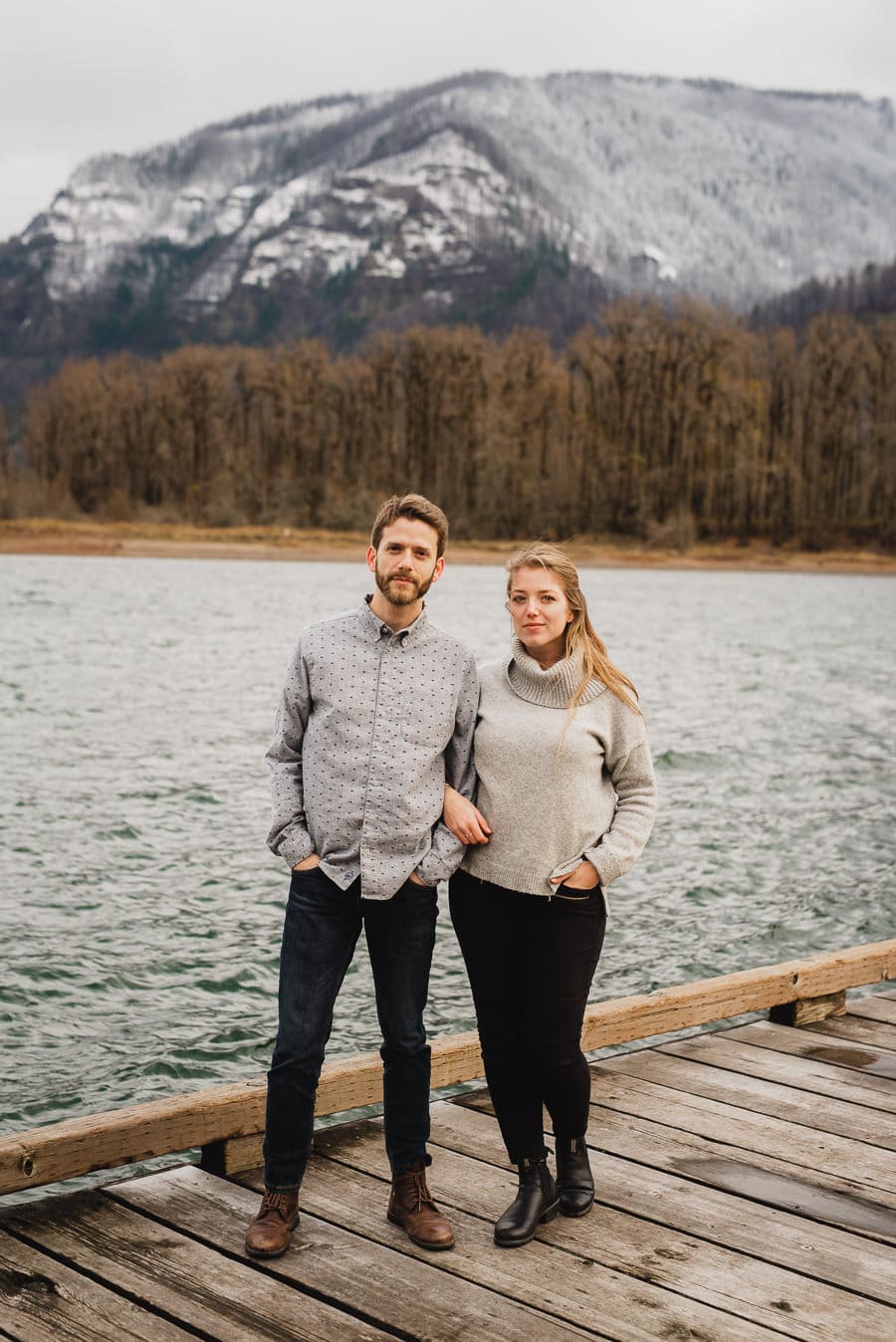 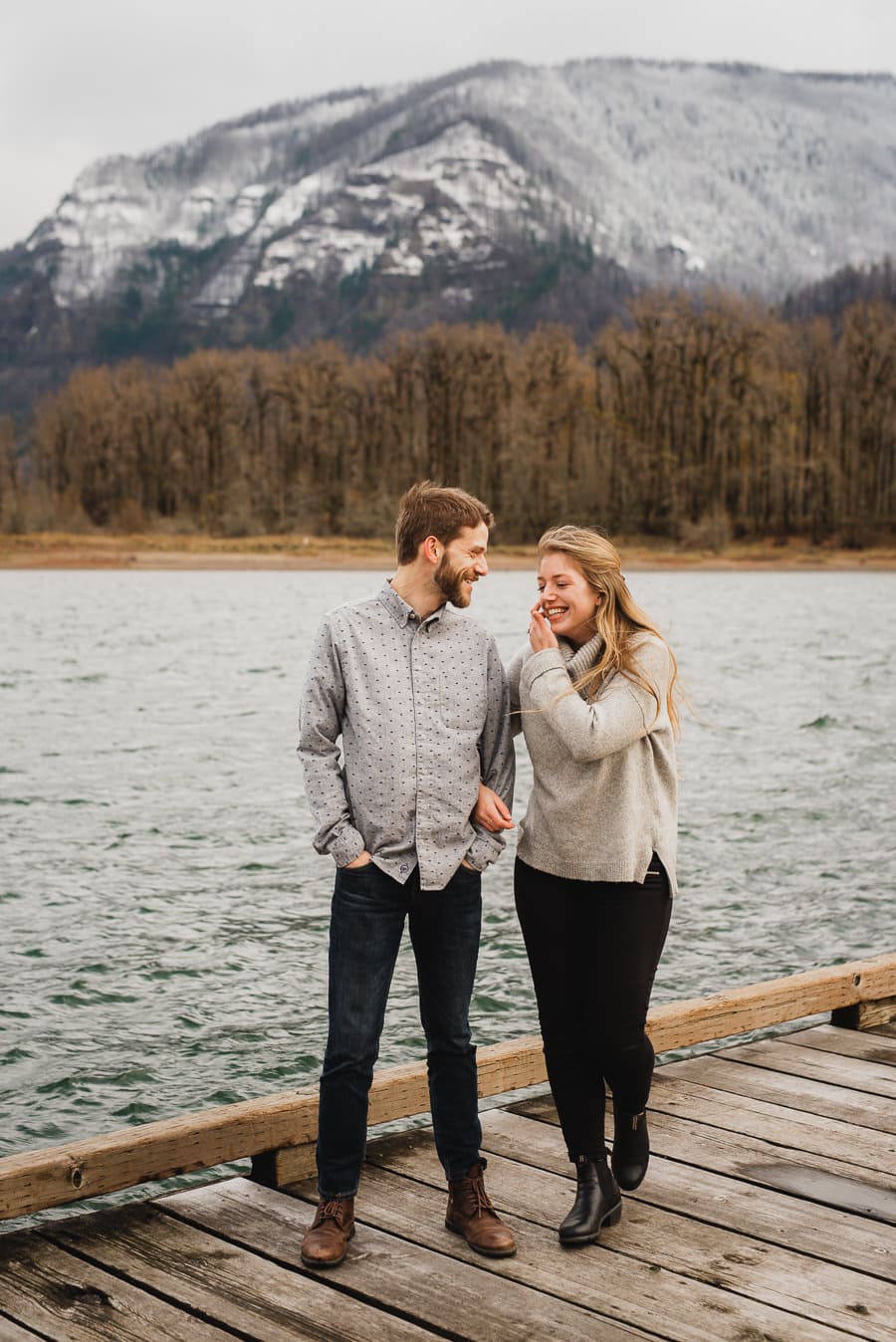 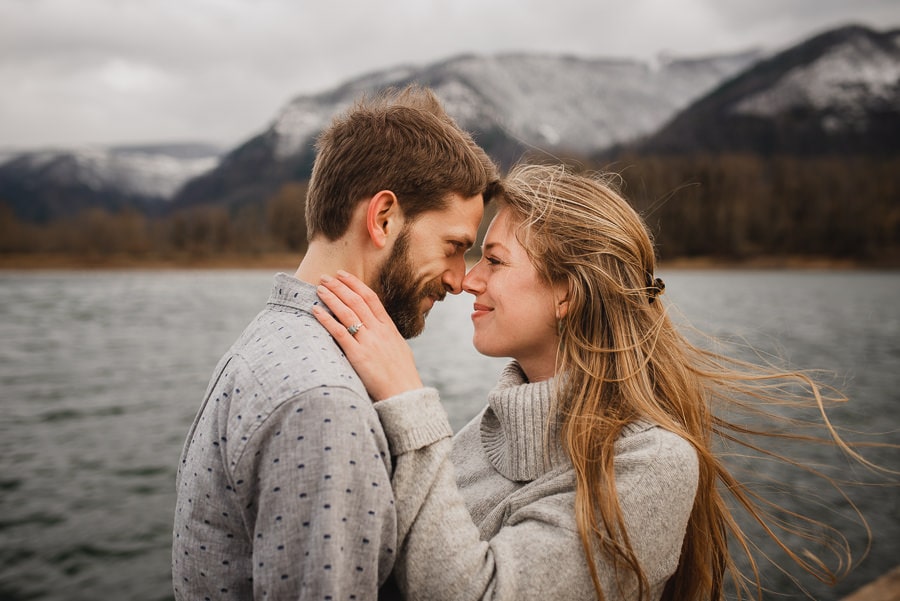 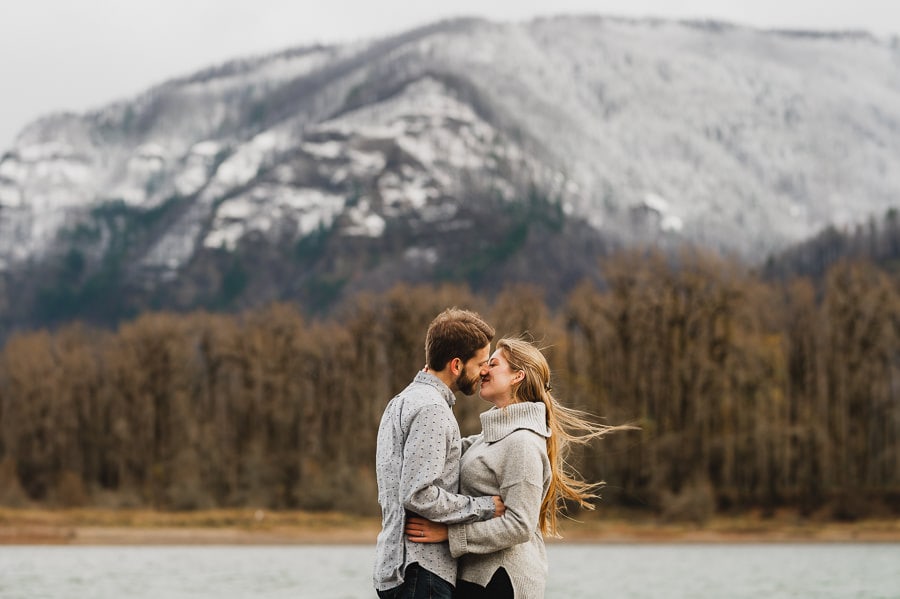 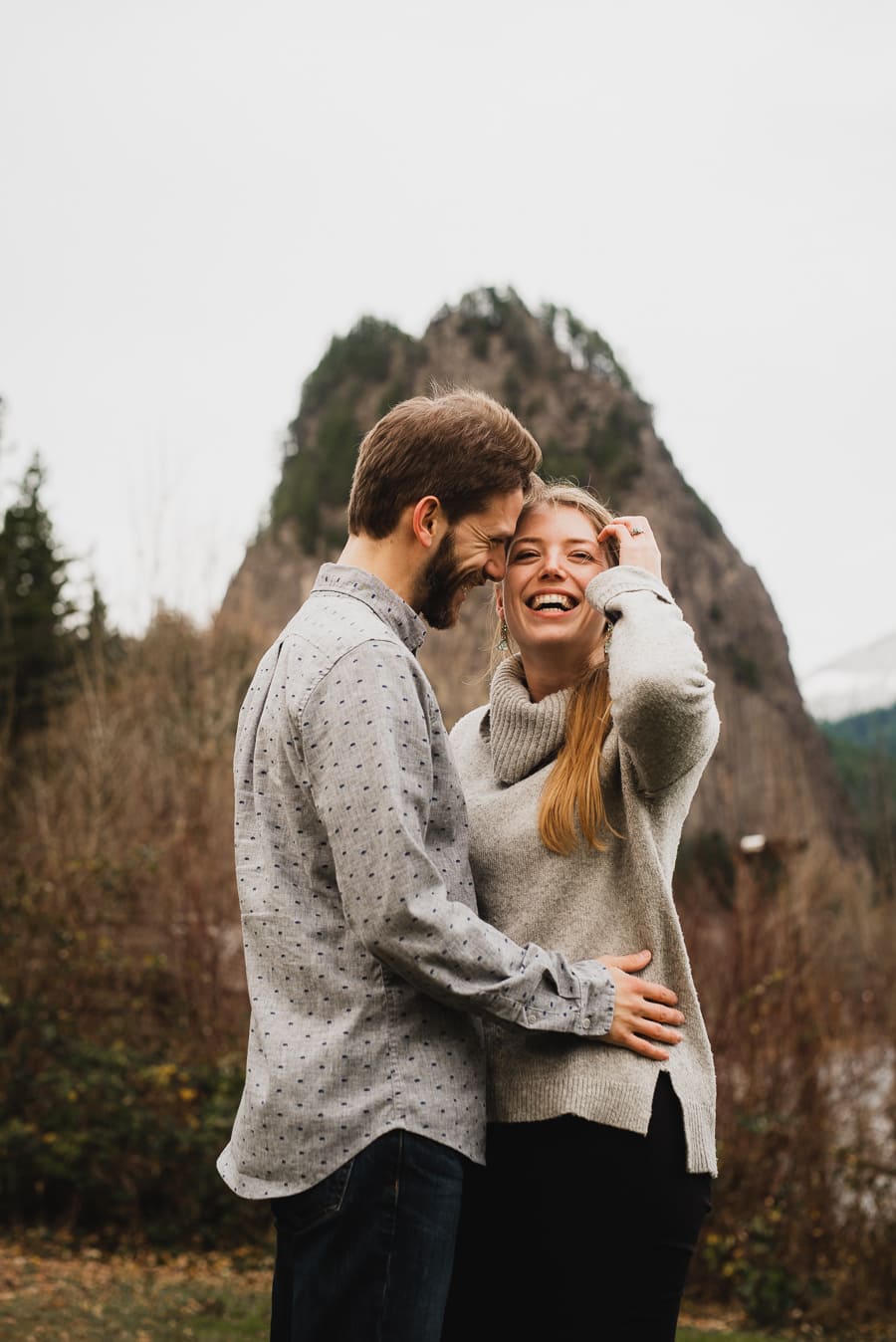 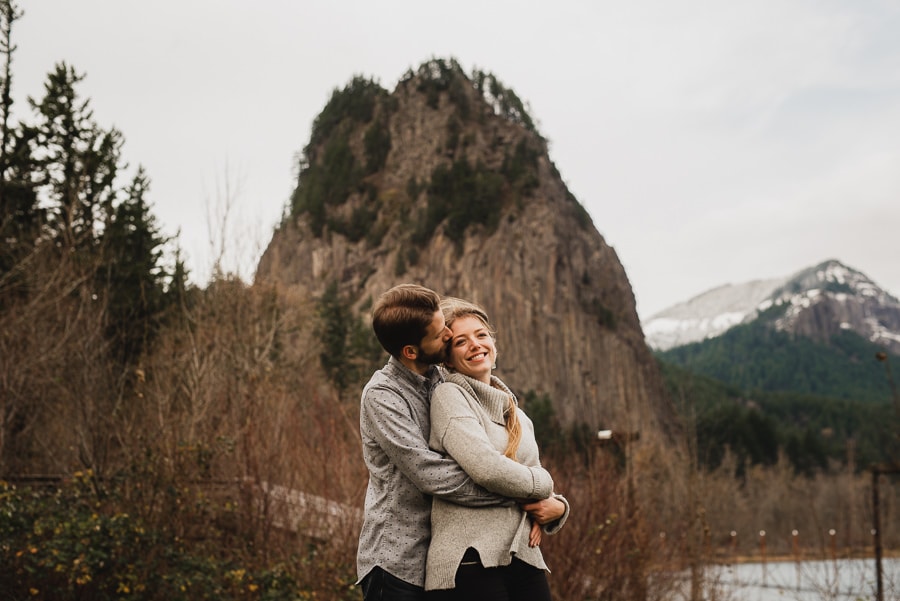 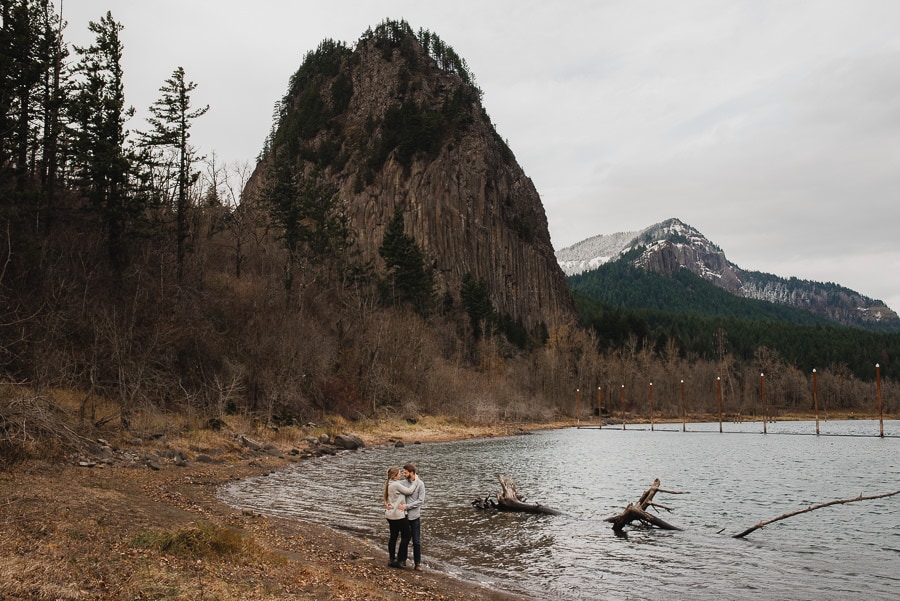 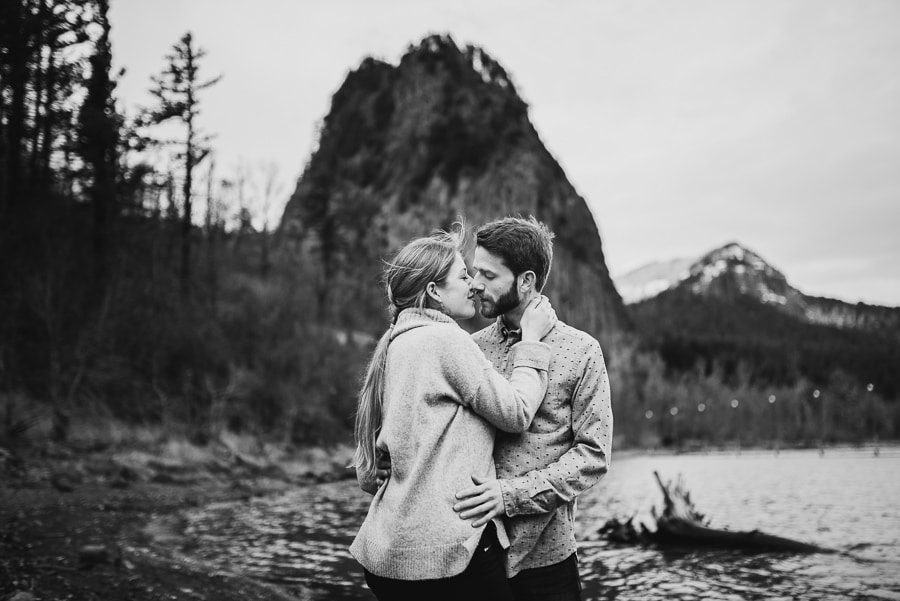 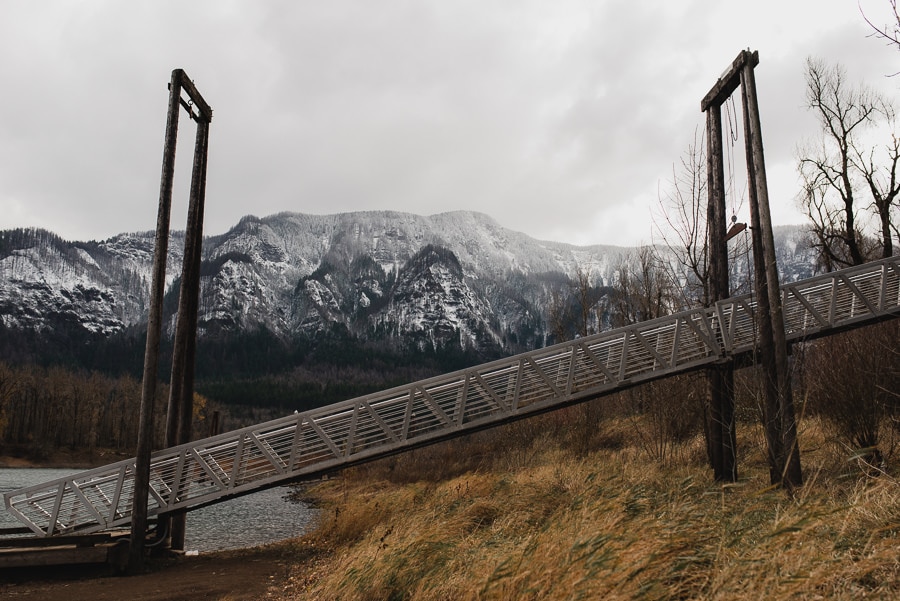 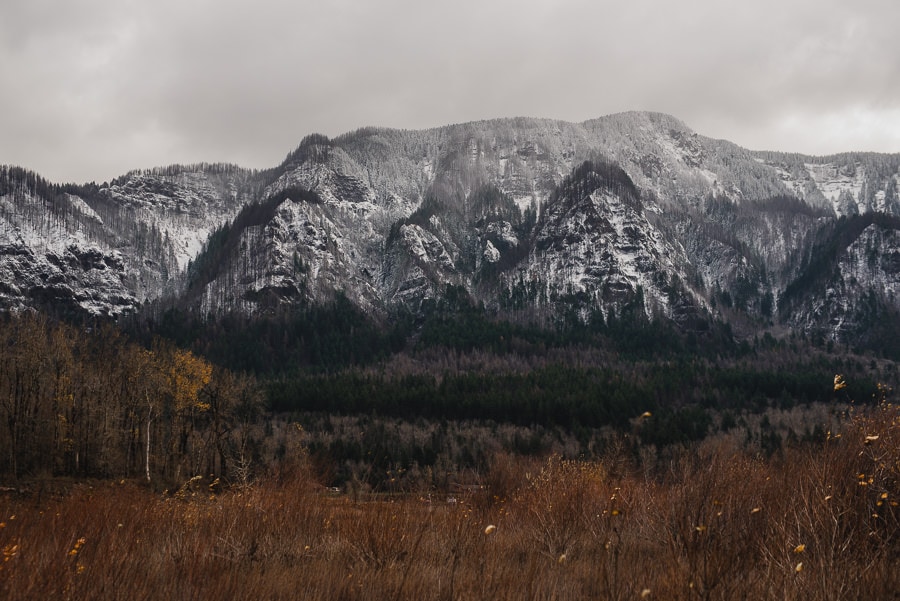 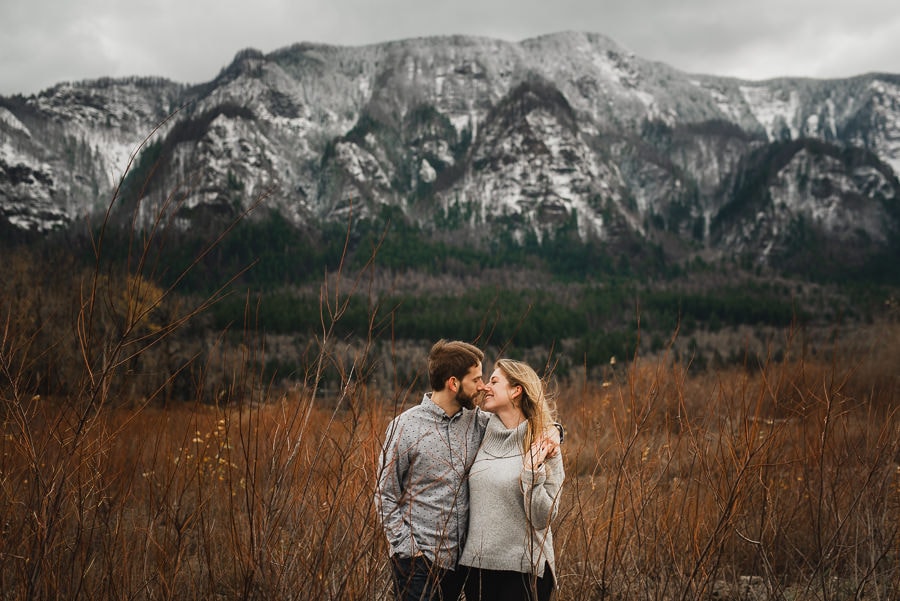 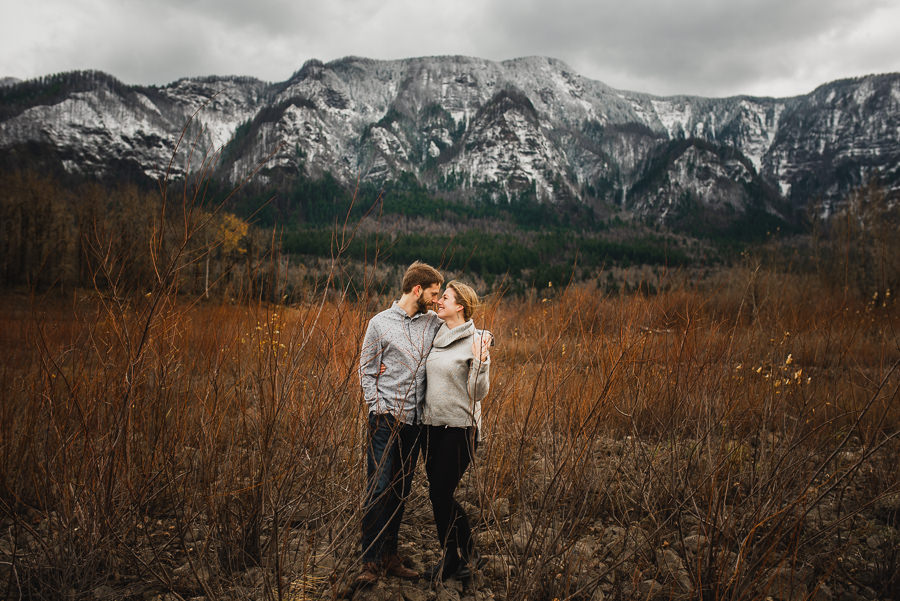 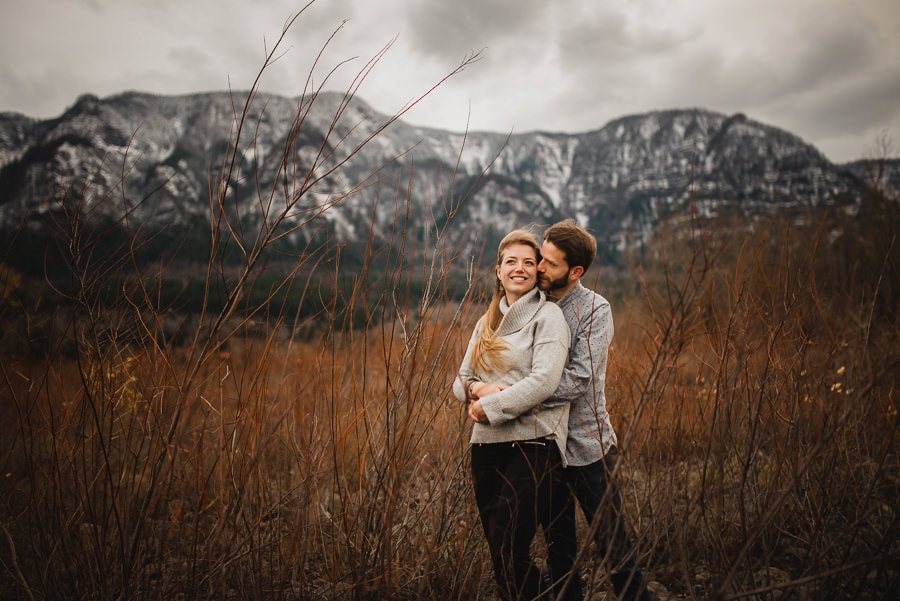 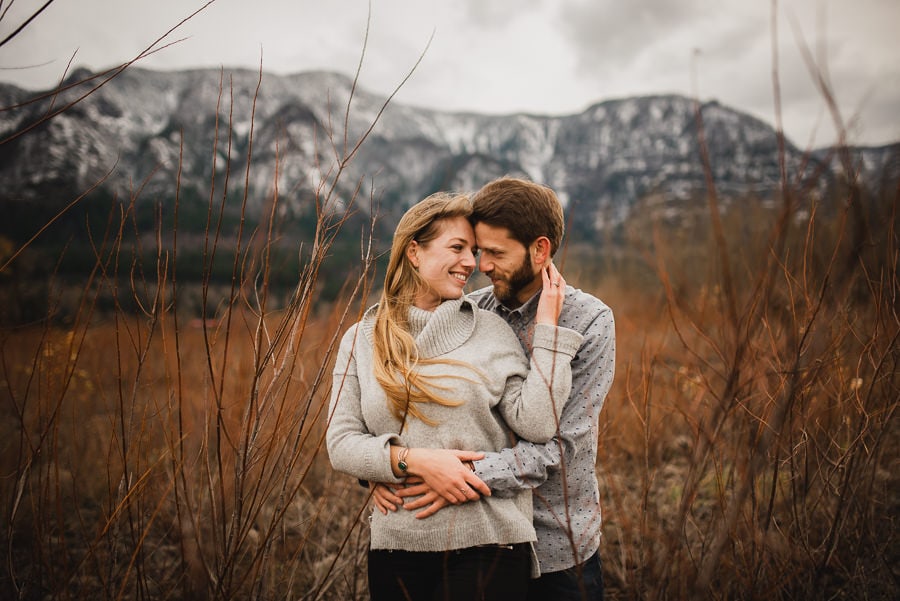 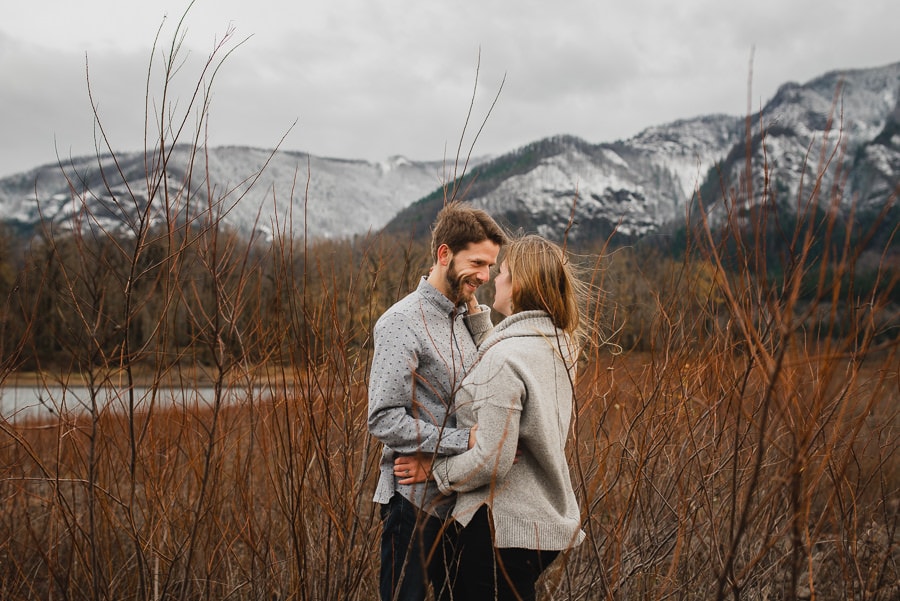 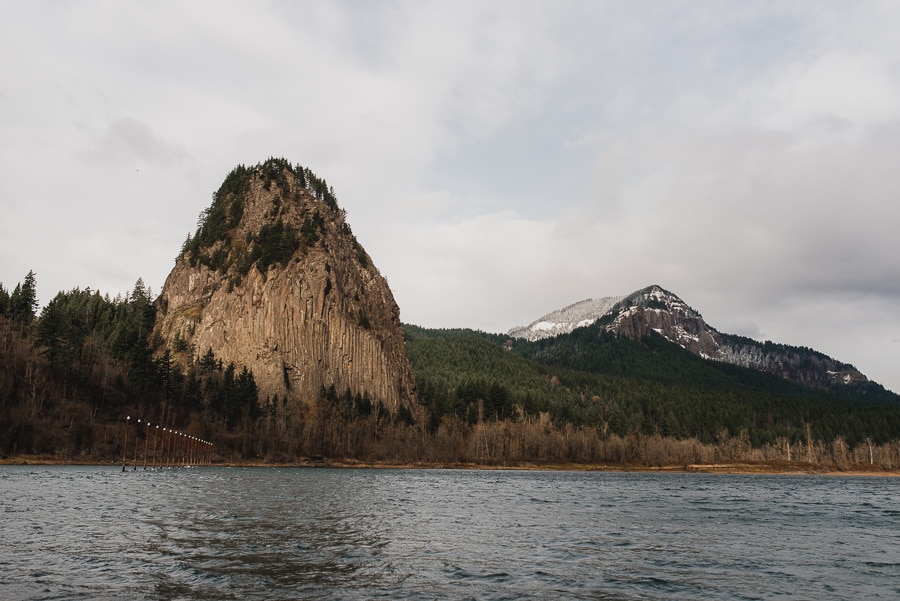 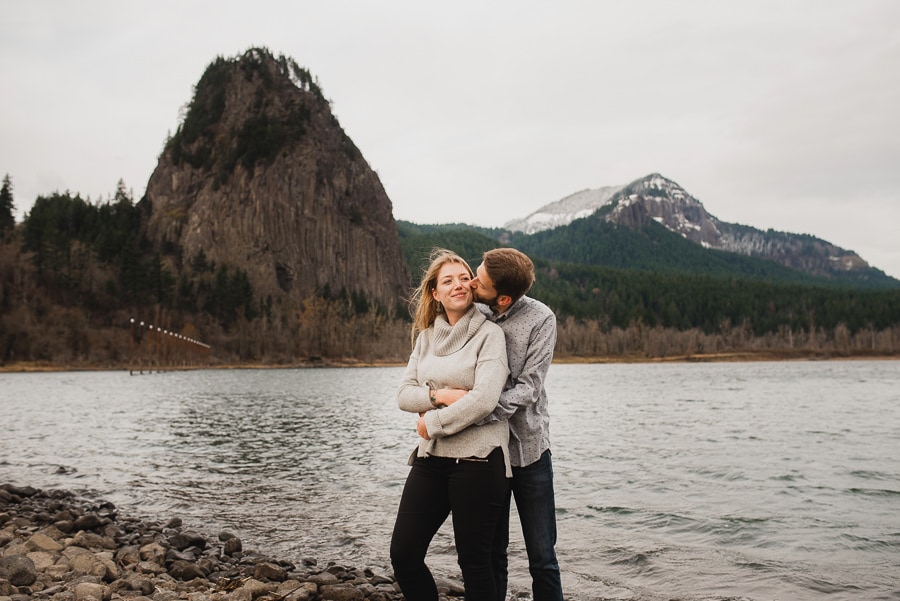 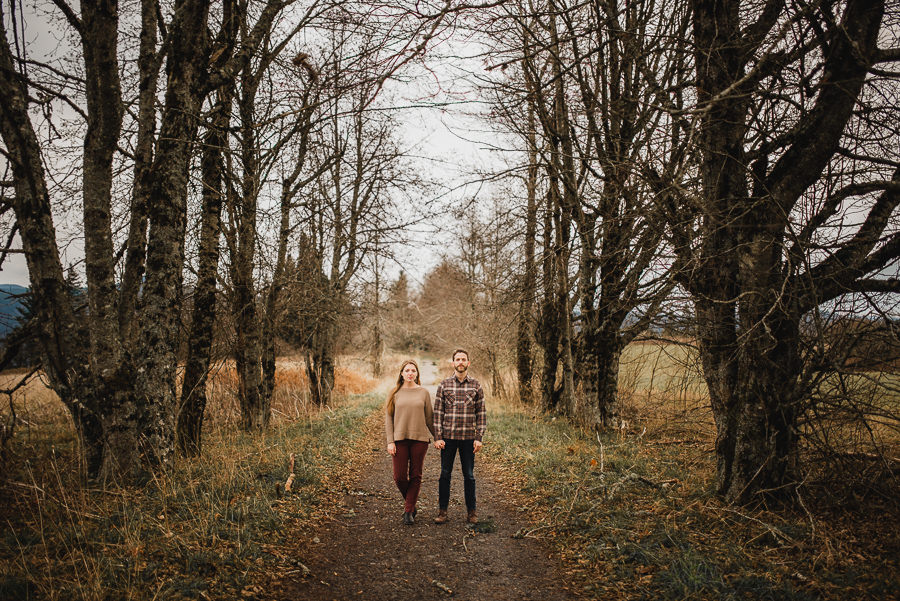 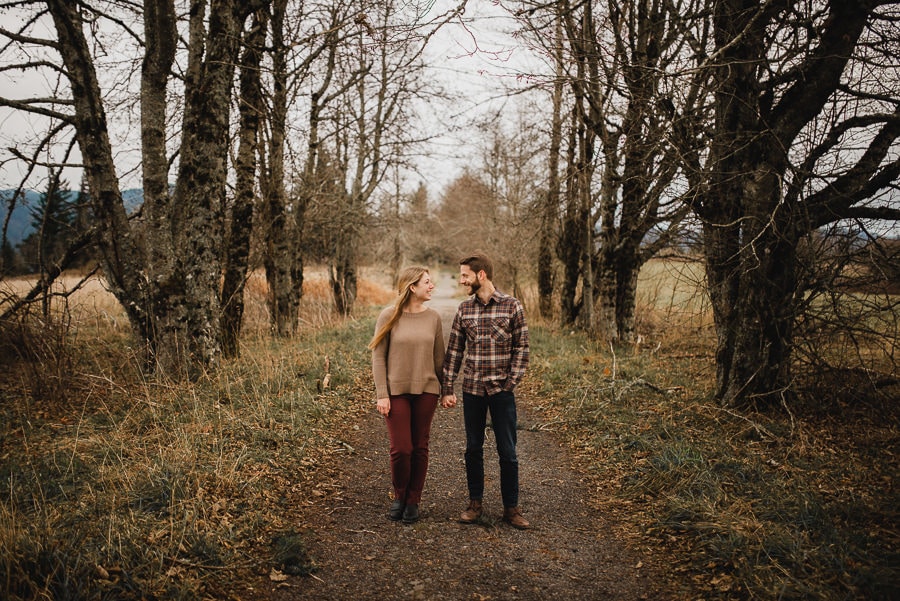 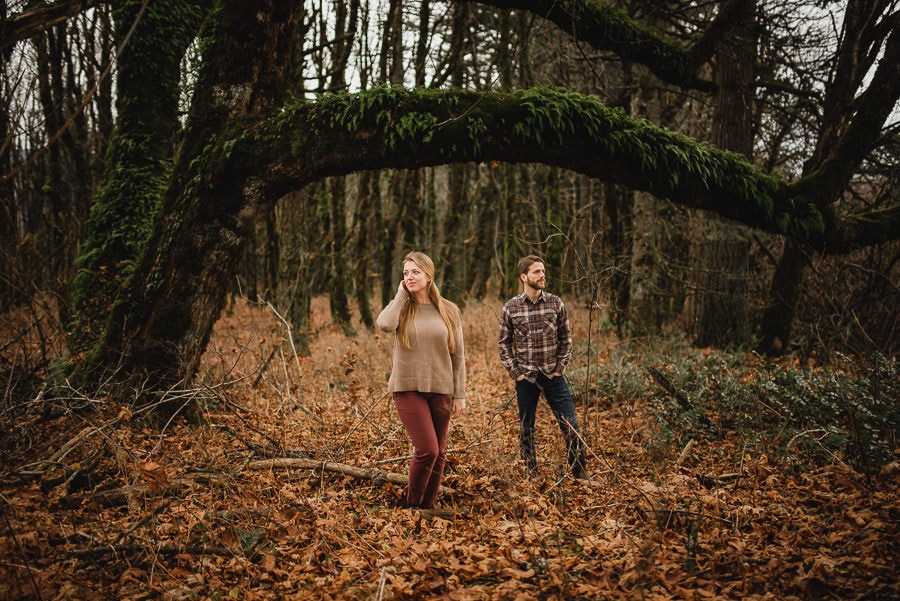 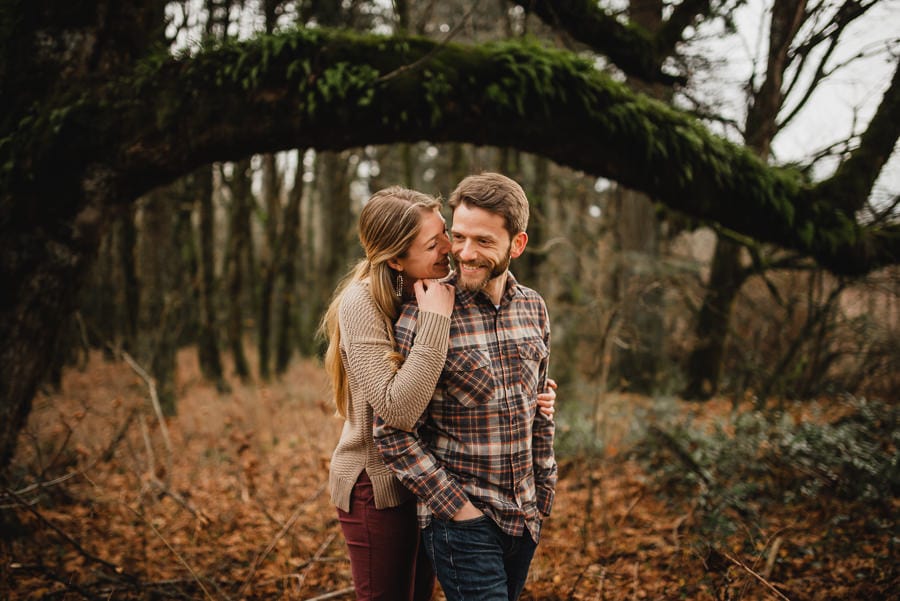 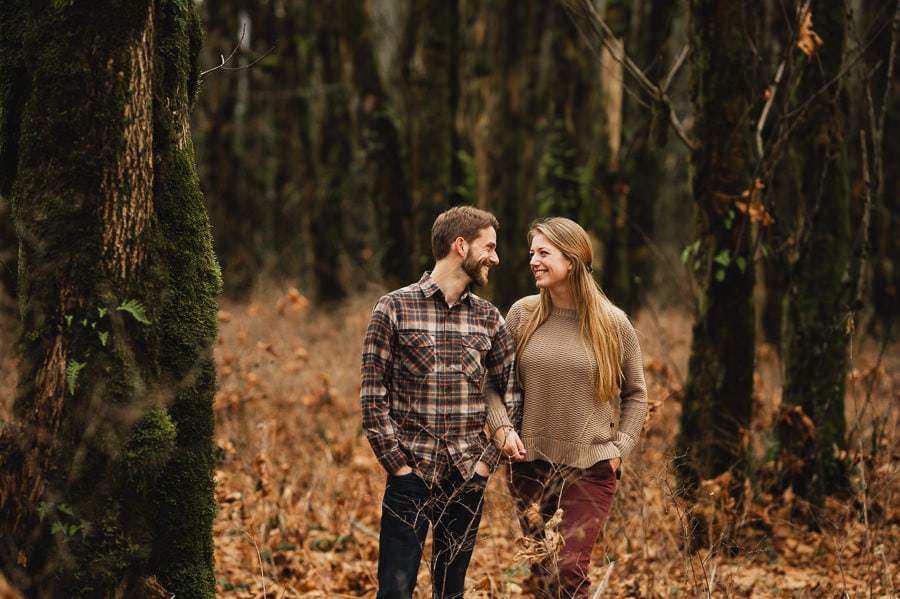 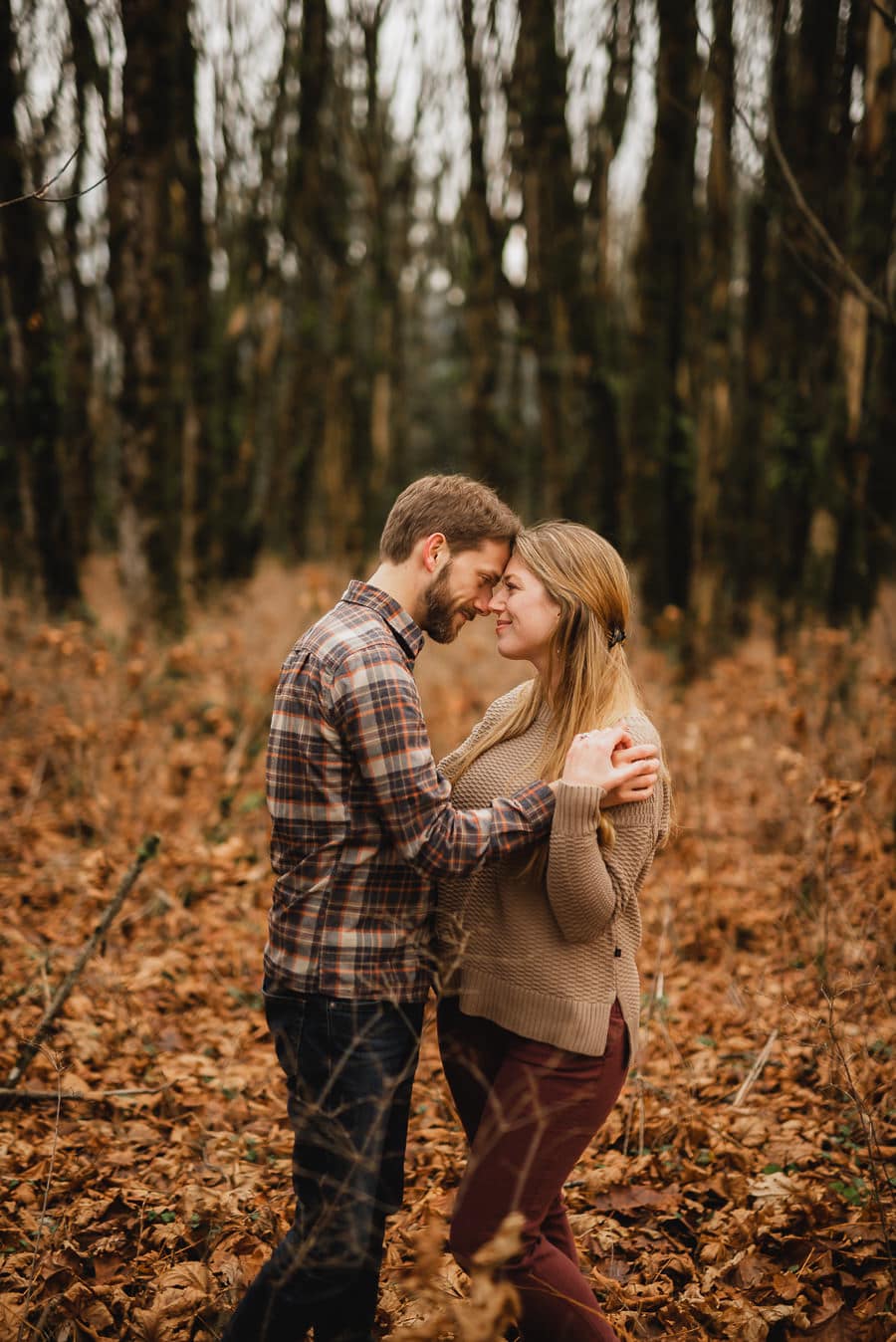 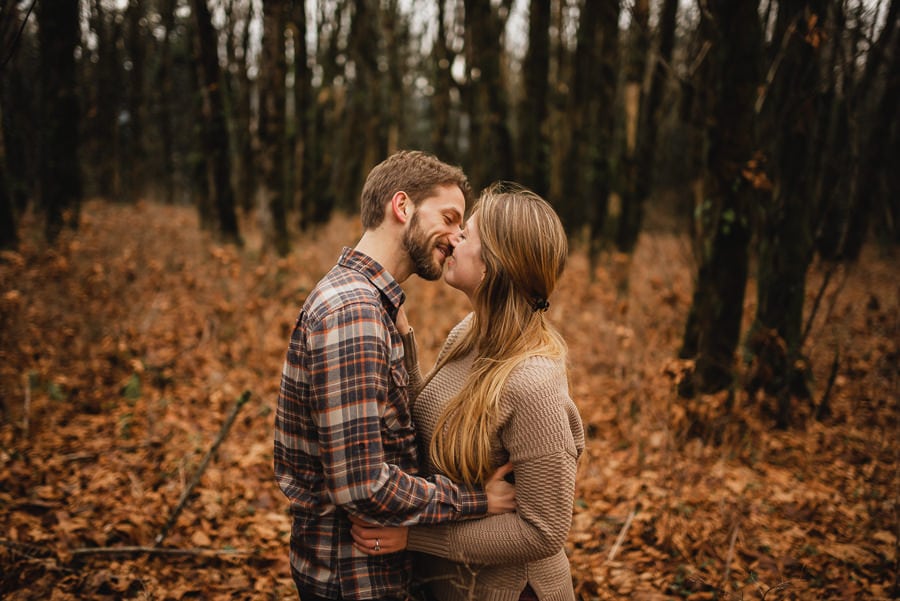 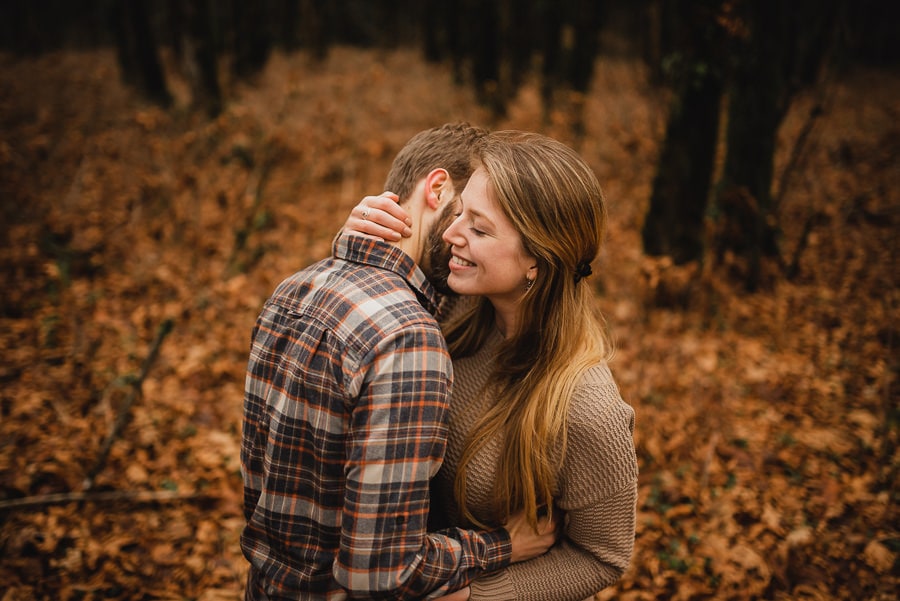 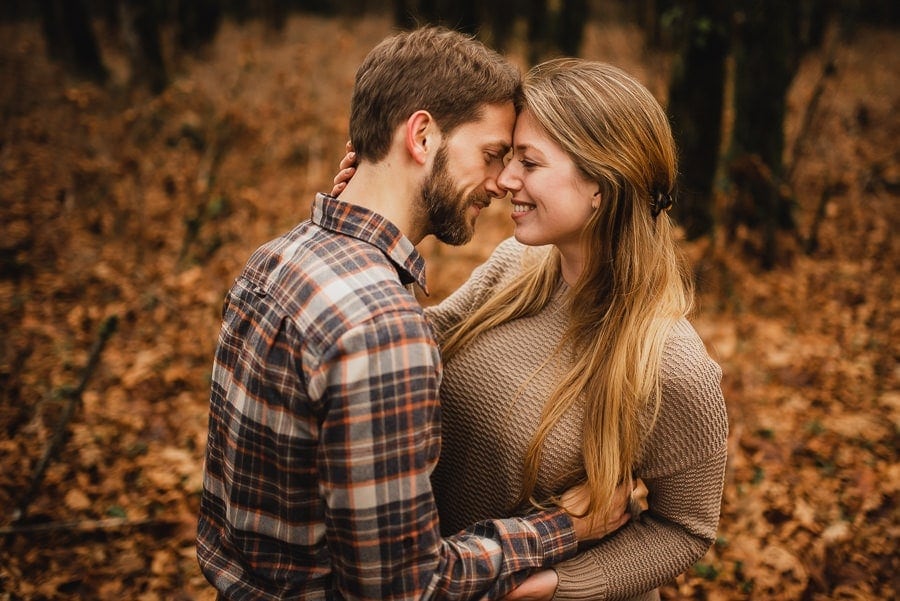 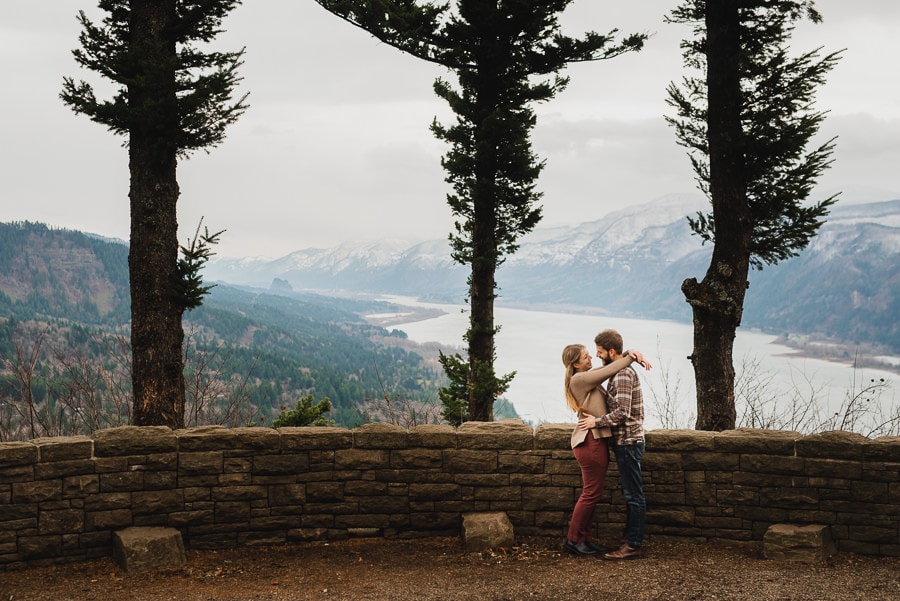 5 replies on “Engagement Photography At Beacon Rock And Cape Horn“